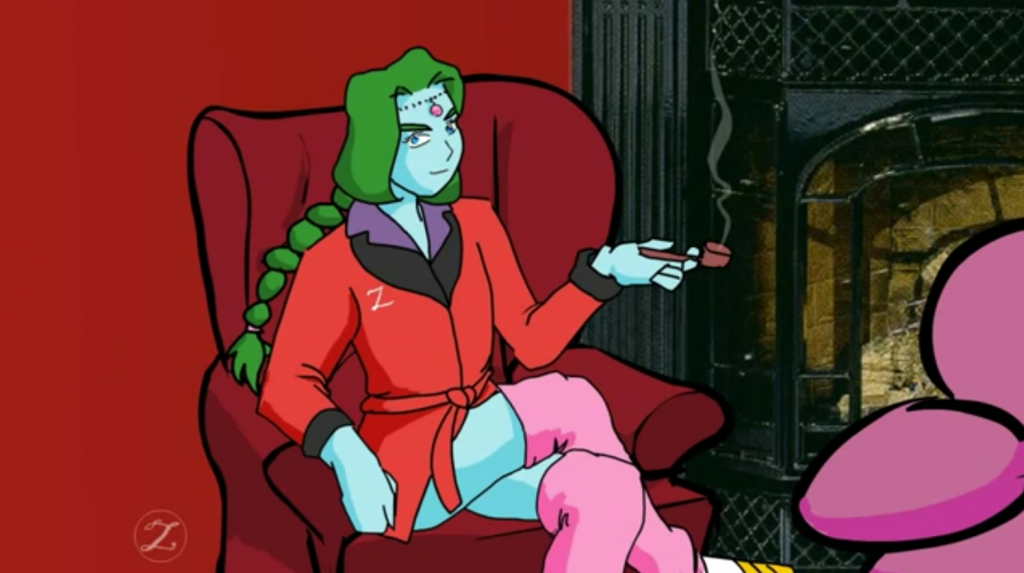 We’ve been getting questions here and on our Youtube channel asking where Zarbon’s Masterpiece Theater went. I just realized I never posted an official explanation on our blog so here it is.

After some reflection the cast that worked on Zarbon’s Masterpiece Theater feel that the show didn’t really age well. There are many jokes we made that would be considered deeply offensive by today’s standard, especially jokes at the expense of the LGBTQ+ community.

We didn’t want new fans of our Dragon Mall Quest series to see ZMT and be offended or turned off because of our older content. Because of that, we decided to unlist the episodes from our channel.

You can still view them if you have a direct link to the playlist (below). If you’re new to the series, WARNING: do not watch if you are easily offended.

This site uses Akismet to reduce spam. Learn how your comment data is processed.

Where to find us